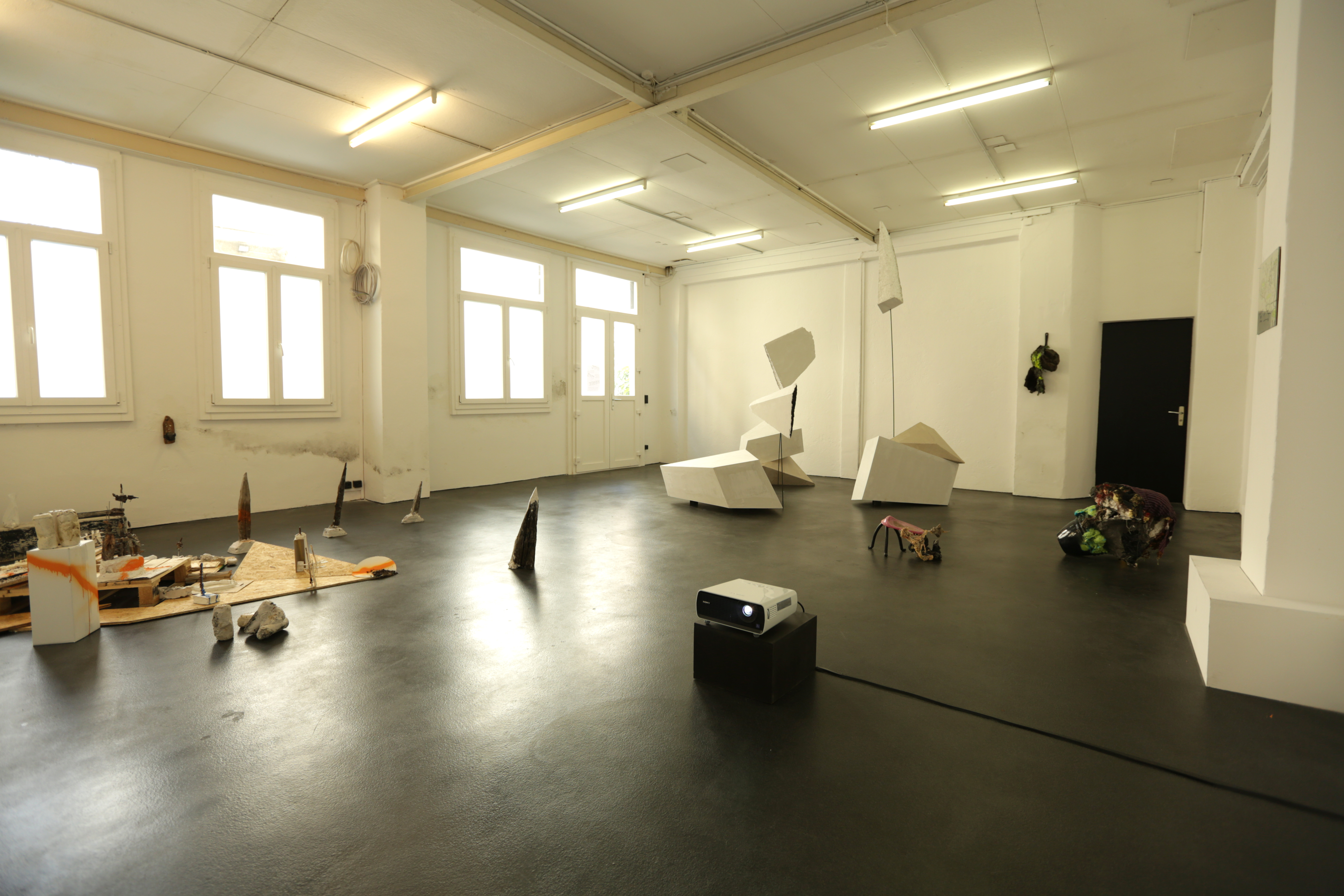 An ambiguous space, often ignored by the accustomed eye of the spectator, the white cube is the most diffused container for art’s presentation, in the museum as well as in private houses. Its occurrence is charged also with a strong ideological value, which has been frequently examined and denounced during the past century. Nevertheless the snow-white exhibition space survives and knows a surprising proliferation.

The title of the exhibition, Into the White, refers to an eponymous song of the rock group Pixies. This narrates a psychedelic trip into deep outer space in which light and shadows disappear to make way for an omnipresent white. The song reveals an important concept, which is the hallucinatory character of the ‘colour’ white. Inevitably, this destabilizing radiation penetrates also into the white cube or exhibition space and become part of the work exhibited.

The works chosen for the show Into the White interact in a radical way with the context in which they are displayed. On the one hand they modify its extension, structure and limits. On the other hand, the white cube confers on them a destabilizing potential, which is not only optical and formal, but also conceptual and narrative.

Livia di Giovanna and Lorenzo Salafia decompose architectural structures, inverting the inside and the outside and dematerializing the exhibition space with immaterial media such as light, time and transparency.

Baptiste Gaillard and Lucas Herzig work mostly with found objects. Assembled in the exhibition space, these are charged with new contents, which interrogate the limits of architecture, sculpture and language.